Simply A Better Way To Build

Who Are We and What We Do 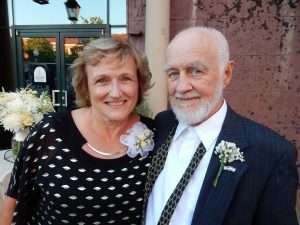 I am Jerry R Lambert Ph.D. PE, licensed to provide engineering services in South Carolina.  My education includes the University of 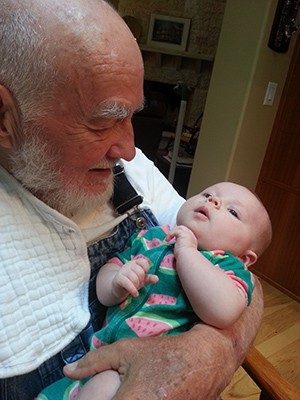 Florida and N C State University.  I retired as a Professor of Engineering from Clemson University after 33 years.  Soon after retirement, I began constructing residential and commercial buildings of Insulated Concrete Forms.  My father taught me well, “When you do a job, do it well the first time.”  The slogan “Simply a Better Way to Build” is my mantra.  No construction material is more durable than concrete: witness the Coliseum in Rome.

As a Professor I enjoyed helping students learn, to gain the knowledge and wisdom necessary to provide excellent engineering services to their clients.  Now as a practicing Engineer I enjoy helping homeowners, contractors, architects, and other engineers learn the better way to build, using Insulated Concrete Forms and steel and the associated materials, skills, and designs. 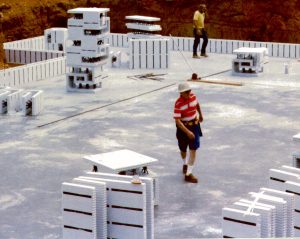 Engineered Concrete, Inc. is my wholly owned corporation dedicated to my mantra: Simply a Better Way to Build. Life Cycle Costing [link to Case Study] is always considered, as opposed to the short-sighted view of the initial cost of construction.  Fox Blocks (FoxBlocks.com) based in Omaha NE is my Insulated Concrete Form of great choice.  Over the years we have sold more than 200 semi-trailer loads of forms, earlier from Arxx, but now from Fox Blocks since their acquisition of Arxx which is now defunct.  Holistic design dictates that superior performing walls, such as Fox Block walls, contain superior windows and doors, where we find European Windows (EuropeanWindows.com) to excel.  Therefore we also sell their custom-made vinyl windows whose sash and frame contain a unitized galvanized steel tubing for rigidity and a double gasket on tilt-and-turn windows.

Engineered Concrete, Inc. is our wholly owned firm that specializes in advising, mentoring, teaching, consulting and designing Insulated Concrete Form construction projects, e.g. private homes of any size, multi-family homes and commercial buildings.  We are glad to work with home owners in DIY projects of any flavor, contractors who need help in exploring ICF construction, or architects and engineers who would like pointers along the path to high performance structures.

European Windows imports and we distribute Heinzmann windows from Germany.  As you would expect, the German engineering shines through the design of all-vinyl windows and doors whose sash and frame contain steel backbones around which the vinyl is extruded. See how they are made. A primary source of heat loss and gain is around windows and doors.  Common sense dictates that a high-performance wall does its best if the windows are very well sealed.  The double gasket around the swinging windows causes the measured air infiltration rate to be 15% of what Dade County Florida allows in its hurricane testing.

Once upon a time, men lived and worked in caves. They depended on the solid protection afforded by the rock. Unfortunately, they couldn’t always find a cave where they needed one. Hernias happened to those who tried to move their cave to a better location. As the need developed for men to be near their flocks, fields and mines, they decided to construct their shelters with the same sticks they used for fire – what the heck, they were gathering them anyway.

This wasn’t a very good solution. Stick houses leaked and were drafty but it was the best primitive men could do. They regretted leaving the solidity of their caves but it was necessary. As time went by, they improved upon the stick house as well as their technology allowed. It leaked less but was still drafty – and there was always that pesky fire thing.

The Romans discovered concrete and a new way to build was born. It solved the fire and termite problems and could last for centuries – but concrete construction needed skilled workers and was only for the rich. The common man eyed concrete houses with a smile of unrequited love and returned to building stick houses.

Centuries marched onward with technology advancing mankind’s understanding of the universe. Giant strides were made in medicine, communication and transportation. Electricity was tamed and polystyrene was discovered. Men even walked on the moon – and yet . . . men still lived in stick houses. They still leaked, were drafty, were hard to heat and cool, sometimes blew down, and that troublesome fire thing still persisted. Oh, yes, there have been improvements – asphalt shingles now cover roofs, spun glass partially fills the cracks, and alarms notify you when the house is burning, but no true advancements in home buildings were made for centuries.

A new, more intelligent way to build has arrived. With several perfect marriages of the old and the new, Engineered Concrete Inc. combines concrete, polystyrene, rebar and vinyl into the next generation of residential and commercial building technologies.

Let us show you how to design, implement and construct the home or building you want, with the features you want, where you want it, when you want it.

Sit in one of our buildings during a winter storm, feel how solid it is and think about the savings, and how comforting it is to be in such a place. The feeling of safety and solidity harkens back to the old days of being sheltered by a strong cave. At last, something man has been longing for since the early days – a rock-solid home or workplace he can build anywhere.

We sell Fox Block products.  We sell European Windows.  We design engineered features of buildings.  We advise, mentor, instruct, counsel, coach you in sound construction for whatever might come.  We are completely flexible in what part of your process you would like help.  From our Contact page we will work with you  directly via SMS, email and phone.  Initial time comes without charge.  For serious time we will negotiate the cost.

Ready to Get Started?

Please get in touch with us to discuss any questions and how we might be of assistance in your project.